When embarking upon a collection of any kind the most important thing you can do for yourself is to learn as much as you can about sources, authenticity and basically anything you can find out about what you are about to invest your time, money and passion in.  I can’t stress it enough, do your research! The Trollbeads history is rich with information and how the collecting world has received them, embraced them and unfortunately copied them is valuable information.

Recently I was invited to join a “Trollbeads Beginners” Facebook Group and while I was flattered to be asked I found it the most frustrating experience.   More than a few of these new Trollbead collectors were making grievous mistakes as they were searching and buying for Trollbeads in all the wrong places.  What was worse was the fact they were telling their fellow members to buy from these sources. I thought if I made a comment to help them reconsider this approach, as they were in fact buying from sellers known to sell fake Trollbeads, but that didn’t work.  People don’t like to be told they have made a mistake and anything I would have said wouldn’t have sunk in.  If I could have guided them to the Trollbeads Gallery Forum they would have learned that it is very difficult to detect fake beads.  People like to find information on their own as on a forum and not be told.

Trollbeads Gallery Forum is the one place on the internet that has valuable information because the information is coming from very seasoned collectors, all of whom watch out for each other as they carefully create and gather their collections.  Many of the Forum’s members have been collecting for decades and can lend an experienced viewpoint when it comes to retired beads or about Trollbeads in general.  A few of the members sell on auction formats around the world and what they sell is legitimate and it is in their best interest to share their knowledge which includes outing the fake Trollbeads Ebay s with warnings.  It is in all of our best interest as the more fake beads sold the more will be out there to re-sell when they discover they’ve been had.

One very interesting thing I discovered on the Forum is the truth about seller ratings. DO NOT GO by this.  There are plenty of disreputable dealers who, once discovered by the buyer, will tell the buyer if they give them a positive rating they will then get their money back.  I started this forum as a place to gather and to get collectors to learn together but I have to say as a dealer (Trollbeads Gallery), I too have learned a great deal here.

Trollbeads Gallery Forum has a very popular section called “Groups”.  Anyone can form any kind of group as long at involves Trollbeads! There are many country groups and state groups as people like to discuss Trollbeads with local collectors and find out the goings on locally.   Below is a list of the most popular groups.  The most popular country groups are the U.K. collectors group and the Danish Collectors group. There is a total of 54 groups below are just 5 examples.

3. What you don’t know about Trollbeads and want to know.

5. Collectors who have over 15 bracelets.

If you haven’t yet joined do yourself a favor and do.  It’s painless and very informative. Did I mention there is over 14,000 photographs from collectors showing their Trollbeads?  There is no better inspiration anywhere. The photo above is from an Australian collector and is indicative of the kind of photos you will find on the Forum. 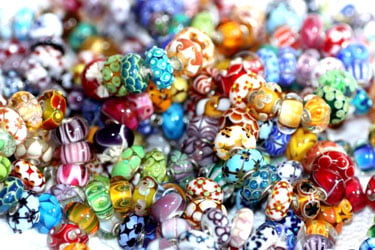 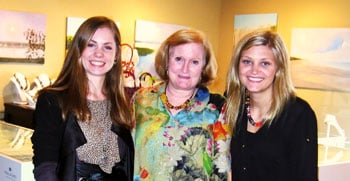 At the end of this past February the distributorship of Trollbeads in the United States changed.  The new distributor is Trollbeads-United States a company based in Princeton, NJ completely owned and managed by the parent company, Trollbeads Headquarters and the Aagaard family.  The past month has been a busy one for the Aagaards and Trollbeads-United States from setting up their ordering and shipping processes and hiring management and support staff.   Many of the U.S. Trollbeads stores have been eagerly waiting to see the changes implemented and to find out what the changes will mean to both retailers and to our customers.  While the drama is still unfolding I can tell you, as a retailer, the changes worth noting are all positive.

One change that is most notable is the availability of Unique Beads and the quality of the Unique Beads.  The original U.S. distributor offered the Unique beads only to the premier dealers and limited them to a certain number each month.  Unique Trollebeads are now available to the retailers wanting to offer them and their quanitities are not limited. The beads themselves are altogether different and in time this change of style will create a time frame for collectors to judge the date of these beads.  To accelerate the sales and clear the stores of the old style Unique beads, Trollbeads-United States has allowed it’s dealers to run a special price event for the month of April.  Both our website, TrollbeadsGallery.com and Rogers Gallery,our actual store, is offering 3 Unique beads for $75.00.   There are many "old" familiar styles going away and they will be missed so check out your local stores and the websites and get them now before they are gone!  A sample set from Trollbeads Gallery is shown on the left.

Replacing the old beads will be the beads we have become familiar with through the European sites but are now available to the U.S. dealers.  The new Unique Trollbeads are extraordinary and are works of art showing more detail and more degrees of difficulty to create.  Isabel Aagaard, who is working in Princeton on a temporary basis, just visited Rogers Gallery during our Special Event* and she spoke about the new Unique beads explaining how some of the designs are executed which of course left us all wanting for more! Our attendees listened with focused attention as Isabel, who is the owners’ daughter, explained how she creates Unique glass beads. Isobel was also the designer for the “Origami” Trollbead.  This leads me to one more important change in the United States.

Based on availability, Trollbeads designers will be visiting the U.S. stores during Special Events and will be sharing how glass beads are made, to the extent of eventually having them make glass beads at the event.  Demystifying this process will only serve to support our love of these beads and will make collectors want more.  I know I do.  We plan on having the glass bead artists at Trollbeads Fest! 2011, in September.

Now in its second month of operation, Trollbeads-United States has shown us the promise of a great future for Trollbeads here in the United States and this discussion will be continuing in another blog soon!

*Shown above at Rogers Gallery is Isabel Aagaard, Louise Rogers and Kristine (from Denmark Trollbeads).

Create Five Trollbead Bracelets from One!

When it comes to our Trollbeads collections we are always trying to come up with a new way to use our beads and to get the most mileage we can with the beads we have. Ideally you would like to use your Trollbeads with as many colors as you have in clothes in your closet. Am I right?

I think this exercise is particularly useful for new Trollbeads collectors. With a basic group of say 10 glass Trollbeads in black and whites and only 3 larger silver Trollbeads you have the core of many, many very useful bracelets. As you can see from the featured photograph we have used 5 distinct color groups and used only 4 interchangeable beads on each bracelet to create a unique look. There are so many colors within Trollbeads to work with and so many different medium options. From the glass you can branch out and use Amber, Picasso Jasper, the new limited edition Agates and so forth. Then once you have completed this collection you can move on to pulling out the black and replacing them with browns and taking out the white and using the off whites. The core beads still consist of a neutral palette but a warmer one. With this warmer core you can add aqua blues, which are sensational with browns, olive greens and a host of other warm colors.

This is a good reminder for all of us to enjoy our Trollbead bracelets  in many different ways. One of our Trollbeads Gallery Forum members noted that this is an ideal way to bring your Trollbeads on vacation!  One Trollbead Bracelet with many looks!