As the year 2010 moves forward in the land of Trollbeads, the company puts forth a vote to the collectors to celebrate the completion of the Trollbeads Museum, a virtual museum showcasing the history of Trollbeads through all of the beads ever released. We were all asked to vote on the one bead we would like to see re-released to herald the new museum.  The winner was announced on May 31st...the big Earth bead designed by Nicolas Aagaard, a third generation Trollspring.* It would be released in the fall release. We love having the bead a part of the collection, thank you Nicolas!
The summer brought us the new earring componants and the announcement second annual People's Bead contest. The U.S. was thrilled that the winner was one of our own, Kristi Denning! Her "Ice Bear" design was introduced with much success in the Trollbeads December release. 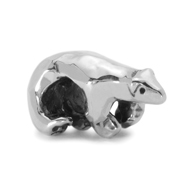 The World Tour beads are available only within the country of release yet with the determination of most collectors, many share with friends around the world.  I think my favorite bead is the Frog Prince from Germany.  The German set is featured below!

We will finish up the year with our final article of 2010's year in review part 5! 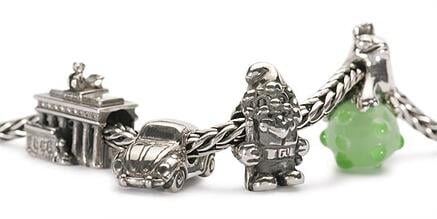