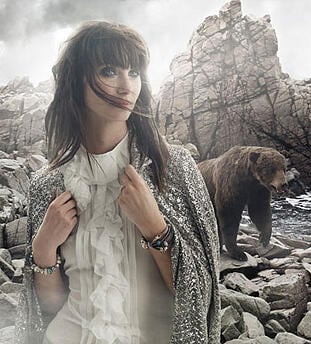 Here (no pun intended) is a friend you can see in Trollbeads museum on TrollbeadsUniverse.com.  He is one of the 3 Monkeys individually created by Svend Nielsen in 2003 and it was also retired from the line in 2003. Apparently there was no monkey business in 2003.  Whatever the reason for it's short life the 3 Monkeys are very rare. This week a very kind soul from Europe was willing to sell me her monkey, "Hear No Evil" and he arrived and stands proud amongst his fellow retirees at the U.S. Trollbeads Museum at Trollbeads Gallery. The museum grows daily!